“We would like to partner to advance H2F,” Karim Malek, ITI director and professor of biomedical engineering, said during a tour of the Engineering Research Facility in Iowa City.

The visit also included a stop at the Operator Performance Lab and a tour led by Tom "Mach" Schnell, OPL director and professor of systems and industrial engineering.

H2F is the Army’s investment in soldier physical readiness and mental toughness. Built on five pillars of readiness – Physical, Spiritual, Mental, Sleep, and Nutritional ­– H2F is intended to optimize performance, reduce injury, accelerate rehabilitation, and improve individual and overall effectiveness of the Army.

Santos could help the Army meet these goals. Santos is a biomechanically accurate, physics-based avatar used to simulate human behavior as individuals or groups and report back constraints.

ITI researchers have been collecting data to study impacts of sleep, nutrition, stress, and other factors on human performance and musculoskeletal injuries. The University of Iowa also has skilled personnel in health sciences and facilities to support H2F training in Iowa.

The Army and ITI have an ongoing relationship that leverages Santos to evaluate benchmarks in the Army Combat Fitness Test, which is to become the primary annual fitness test required of all soldiers.

The Iowa National Guard leaders are the latest dignitaries to visit ITI to learn about Santos and the work on the Army Combat Fitness Test. Sen. Joni Ernst, who chairs the Senate Armed Services Committee, visited in September 2021. 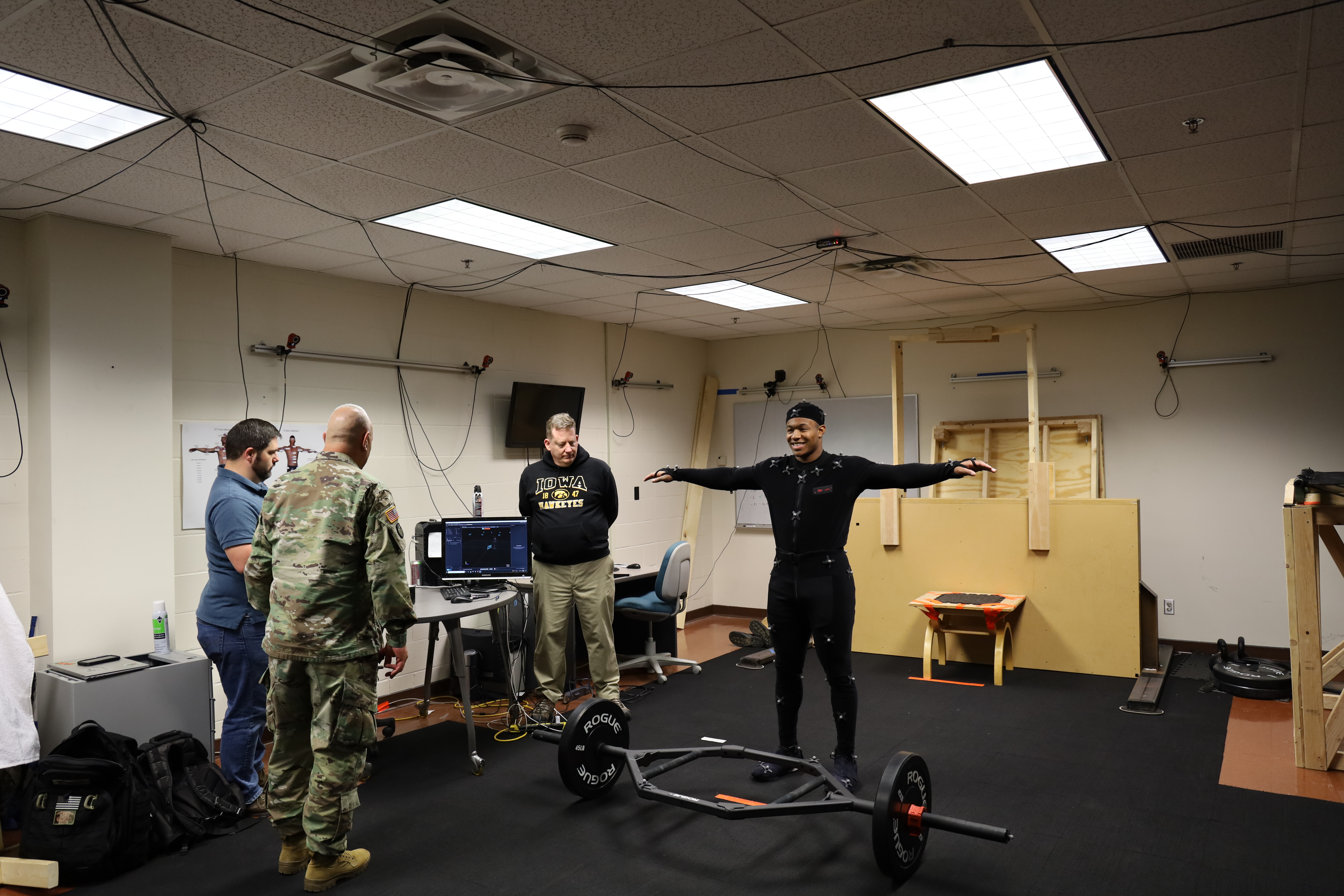