Read the report Learn about Santos

The University of Iowa Technology Institute (ITI) and its Virtual Soldier Research group were selected in 2019 to conduct neutral, third-party validation of the research behind the new Army Combat Fitness Test, which is the U.S. Army's primary physical fitness test.

What is the ACFT?

The ACFT was designed to create a gender-blind test that more accurately predicts male and female soldiers’ combat readiness while reducing injuries. The classic fitness test, the Army Physical Fitness Test (APFT), uses timed sit-ups, push-ups, and a two-mile run with different baselines based on gender. The APFT had not had a significant overhaul since being implemented in 1980 and was viewed as an insufficient predictor of field abilities.

The ACFT measures soldiers in six events – deadlift, leg tuck, sprint-drag-carry, two-mile run, standing power throw, and hand-release push-ups – with baselines established at three levels based on the physical demands of different job types. Taken together, the drills predict whether a soldier has the strength requirements needed to perform duties in a combat environment. All active soldiers will be required to take the ACFT twice annually, while Reserve and Guard soldiers will be required to take it once a year. Learn more about the ACFT and timeline for implementation here.

What is ITI's role?

ITI's work on the ACFT has included three phases and may be extended further.

PHASE 1: The U.S. Army Center for Initial Military Training at Ft. Eustis, VA, conducted a Baseline Soldier Physical Readiness Requirements Study (BSPRRS), which became the central research behind the design of the ACFT.  ITI was contracted to perform two key tasks in validating the BSPRRS. The first function was for ITI's Virtual Soldier Research program to conduct an independent peer review evaluating whether the conceptual framework and methodological approach of the BSPRRS were sound and met scientific standards. Secondly, ITI was to determine whether conclusions drawn from evidence were valid.

ITI completed the review of the BSPRRS on April 1, 2020. View ITI's report to the right.

America's heartland has been at the forefront of keeping soldiers safe for decades. ITI is based at the University of Iowa as a unit of the College of Engineering. Over its nearly 40-year history, ITI—formerly Center for Computer-Aided Design—has established itself as a leader in the field of modeling and simulation led by world-renowned experts.

ITI is home to Santos, a visually realistic, biomechanically accurate high-fidelity digital human modeling framework introduced in 2003, and female counterpart Sophia. The "digital twins," or virtual avatars, replicate the human experience and impact for training, acquisition, and injury prevention purposes. Santos and Sophia have proven valuable over numerous tests of new equipment and processes for the Department of Defense, industry, and other agencies, to make them safer, more efficient, and more productive. Virtual modeling and simulation provide a cost-effective method for testing before development begins. ITI is the only vendor that is creating digital twins of female soldiers. 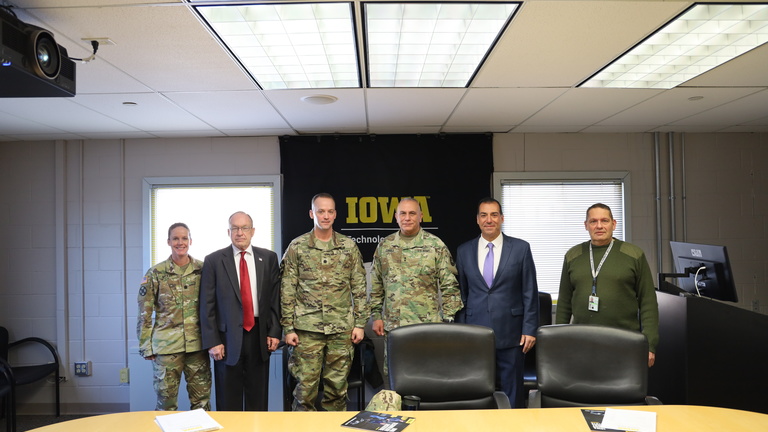 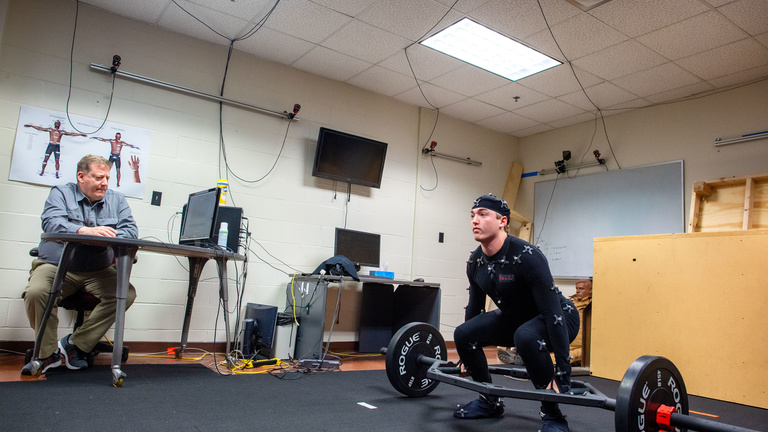