Pheme is intended to create a low-cost, highly accurate air-to-air, air-to-ground, and communication-on-the-move network in which a direct signal transfers data communications between military positions. The project offers important communication security benefits by establishing a reliable and direct signal that is nearly impossible for opposing forces to detect.

“The Operator Performance Lab team is honored to be involved in so many important projects that benefit the defense of our nation,” said Tom “Mach” Schnell, professor of industrial and systems engineering, OPL director, and chief test pilot. “These significant projects also benefit OPL by attracting top level talent to our lab.”

OPL’s two AV L-29 Delfin jets flew in a circular rotation around the airport where a mobile command station was based. Each position had directional radio arrays to relay data transfer.

With more than 20 years in operation, OPL is a go-to flight-testing laboratory for public and private sector partners around the nation to quickly and inexpensively evaluate new technology. OPL is sought after for its ability to problem-solve and respond quickly, its technical expertise, and its array of aircraft. 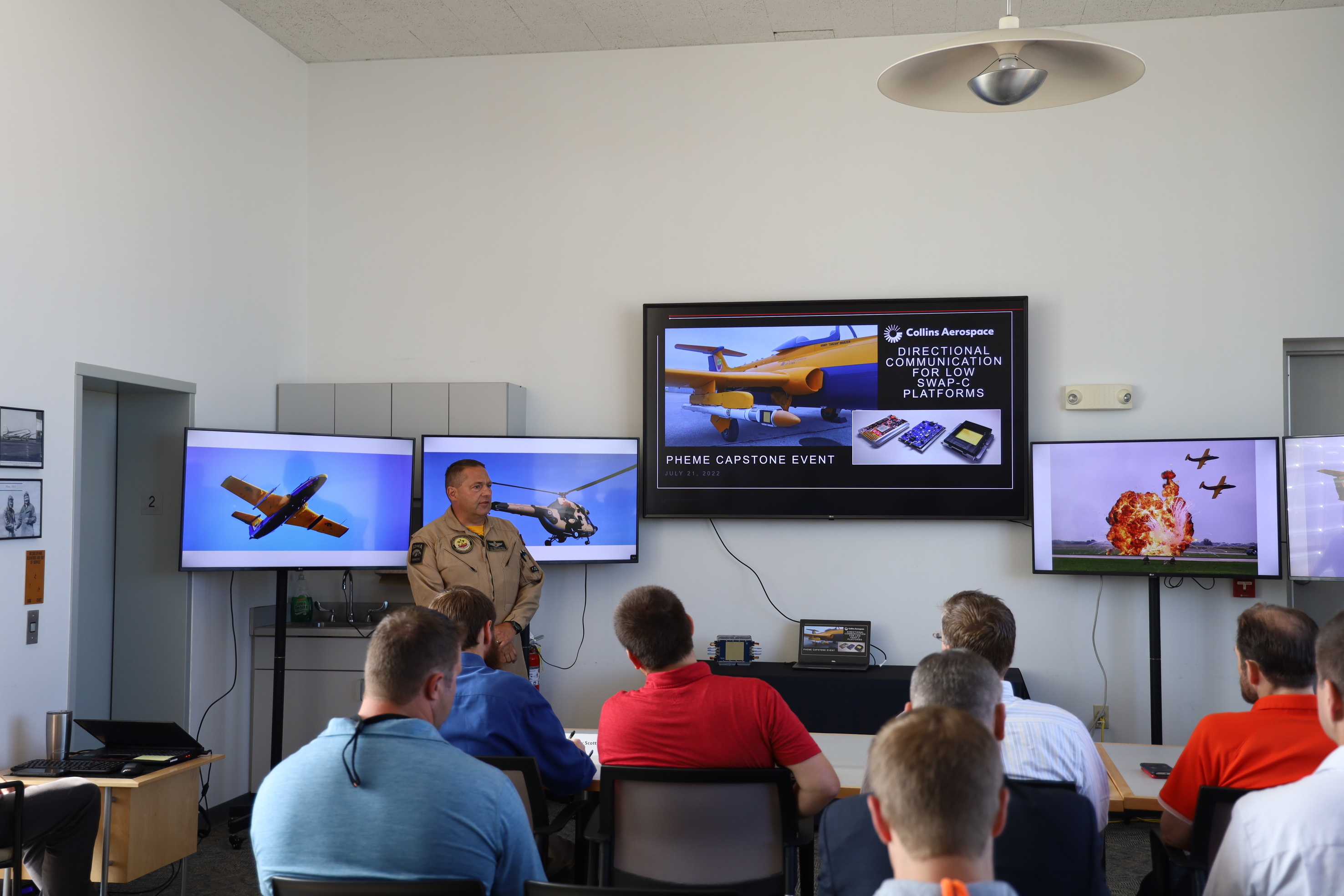