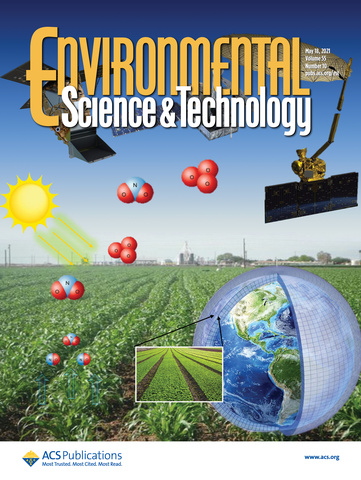 Despite years of regulating human-source emissions, air pollution remains problematic, and some University of Iowa scientists say it’s time to look closer at the ground below.

Nitrogen oxides (NOx) are toxic gases that contribute to surface level ozone, or air pollution, such as smog or acid rain. While NOx traditionally are thought of as emissions from combustion of fossil fuels, such as fuel burned in motor vehicles, scientists believe nitrogen oxides from soil (SNOx) are increasingly responsible for poor ozone air quality, particularly in agricultural areas.

However, data to support this belief are lacking. Research started at UI has led to a new assessment model that scientists believe will yield more accurate estimates of SNOx.

“Satellite measurements are key to this study, and their mapping capabilities of soil and atmospheric properties, when used in conjunction with process models and surface observation, can lead to important insights of nature, which otherwise would be a mystery,” said Jun Wang, the James E. Ashton Professor in Chemical and Biochemical Engineering and assistant director of the Iowa Technology Institute (ITI).

Environmental Science & Technology, a top peer-reviewed scientific journal published by the American Chemical Society, featured the breakthrough as the cover story in the May 18, 2021, edition. The paper detailing the research is available at https://pubs.acs.org/doi/full/10.1021/acs.est.0c06834. 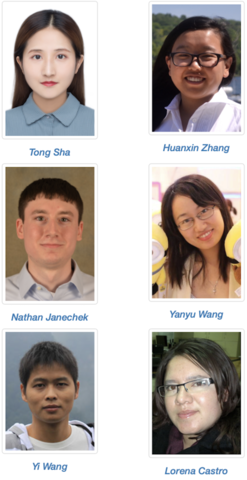 The new model pairs the Weather Research and Forecasting simulator coupled with chemistry, known as WRF-Chem, with a significant development and update of a SNOx estimate scheme. Researchers found better agreement with nitrogen dioxide (NO2) columns measured from space by the TROPOspheric Monitoring Instrument (TROPOMI) satellite, reinforcing the fidelity of model estimates. NOx includes NO (nitric oxide) and NO2.

Using an array of satellite sensors including Global Precipitation Measurement (GPM) to measure precipitation, Soil Moisture Active Passive (SMAP) to measure soil moisture and temperature, Moderate Resolution Imaging Spectroradiometer (MODIS) to measure fires, and TROPOMI to measure NO2, the paper shows, for the first time from space, the increase of SNOx right after the fall of rain on dry soil.

Tong Sha, who led the study, began her research as a visiting scholar at ITI under the mentorship of Wang. Wang is among the paper’s corresponding authors. Xiaoyan Ma, Huanxin Zhang, Nathan Janechek, Yanyu Wang, Yi Wang, Lorena Castro, and G. Darrel Jenerette are also authors. The study was a collaborative effort between UI and the University of California-Riverside sponsored by the National Science Foundation.

Research focused on rural California, although findings apply to rural cropland areas in Iowa and elsewhere.

The team found around 40% of California’s NOx emissions are from soil, and in the cropland areas SNOx emissions exceeded human-source emissions. Additionally, the research team found SNOx emissions are responsible for an additional 23% surface ozone concentration in California as a whole. Researchers say the discovery should be an important factor as strategies are being developed to mitigate ozone and NO2 pollution.