University of Iowa professor Hosin "David" Lee, has received a lifetime achievement award as part of the United States-Korea Conference: Sustainable Development & The Future on Dec. 14, 2020.

Minister Kiyoung Choi of the Ministry of Science and ICT (MSIT) of Korea and President Soolyeon Cho of Korean-American Scientists and Engineers Association (KSEA) presented Lee with the Outstanding Contribution Award at the conference. Lee made a speech accepting the award.

Lee is a professor of civil and environmental engineering in the UI College of Engineering, directs the Laboratory for Advanced Construction Technology (LACT) at the Iowa Technology Institute where he helps member institutes and companies develop and implement their innovative new construction technologies in practice by performing objective laboratory testing and field evaluation.

KSEA's seven-member honors and awards committee selected Lee. The award is considered the organization's highest honor and is given to one person per year with both an outstanding professional career and significant contributions to KSEA.

Several of Lee's accomplishments were cited in announcing the award: 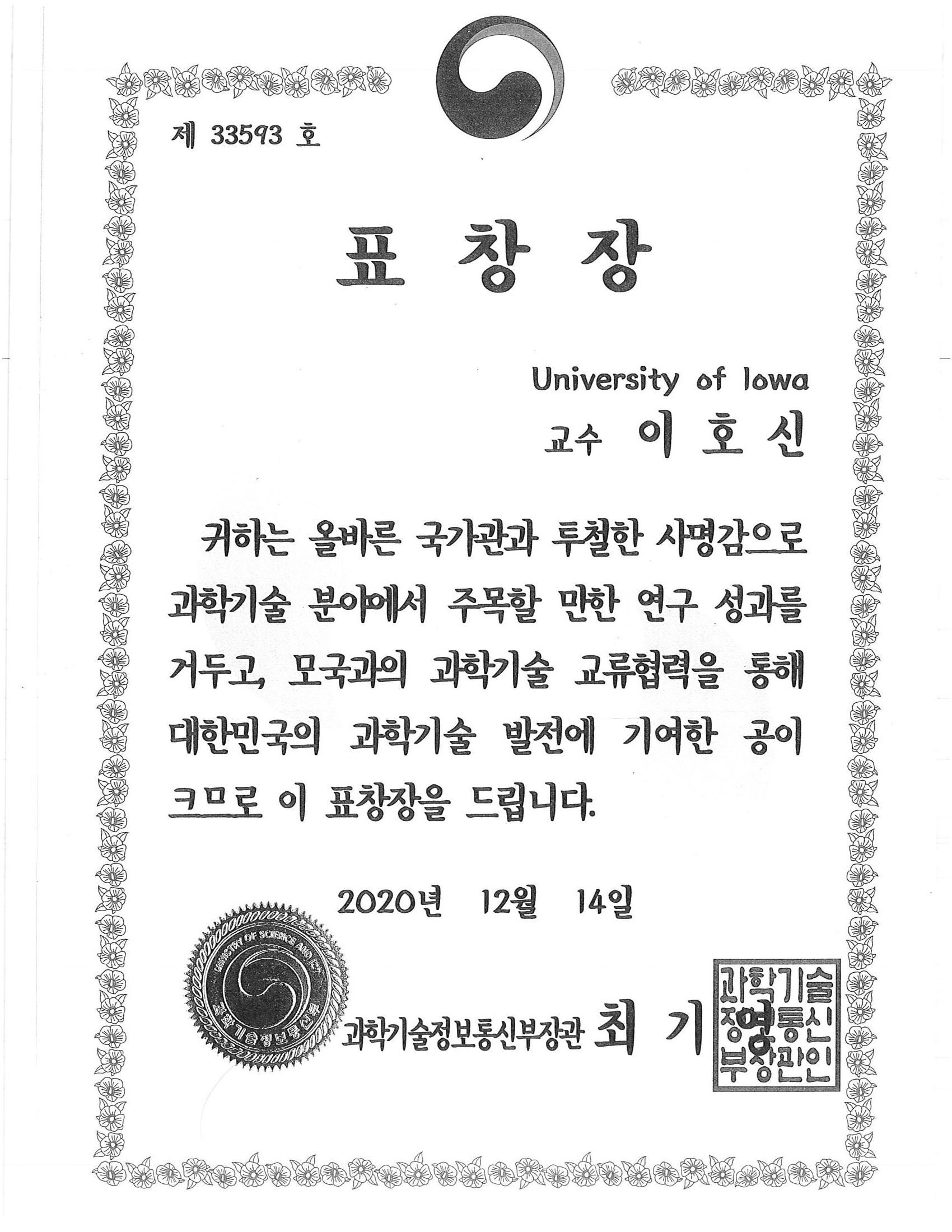