The Cognitive Assessment Tool Set, or CATS, is a physiological-based data collection ecosystem developed at the Operator Performance Laboratory. It can digest and analyze a large volume of data from humans and systems. CATS analyzes the quality of cognitive performance of individuals and teams under a large range of mission parameters in real-world and simulated situations. Long endurance missions, fatigue, stress and overload, quality of control, thermal comfort, and other factors can be measured through metrics including electrocardiogram, electromyogram, electroencephalogram, electrooculogram, a respiration belt, galvanic skin response, body temperature, eye movement, head movement, pressure in the seat and back, and more.

The CATS system has two main components: a Sensor Kit and an Analytics Application.

The Sensor Kit includes multiple sensors and data collection hardware generally for use in operational environments. Operators wear the sensor kit, which is fully contained on their person, for untethered physiological-based data collection. CATS can collect data from additional sensors separate from the body-worn sensors that are part of the core system, typically installed in the vehicle with data transmitted by Wi-Fi. This process has been used by OPL in many flight tests. In the L-29 testbed, an F-35 helmet-mounted display has a Polhemus Scout head tracker. In the MI-2 testbed, the BAE Striker helmet-mounted display with an Airbus optical head tracker is integrated into the airframe.

The Analytics Application encompasses the analytical software and its user interface. It aggregates, synchronizes, tags, analyzes, and visualizes human and aircraft data in real time. 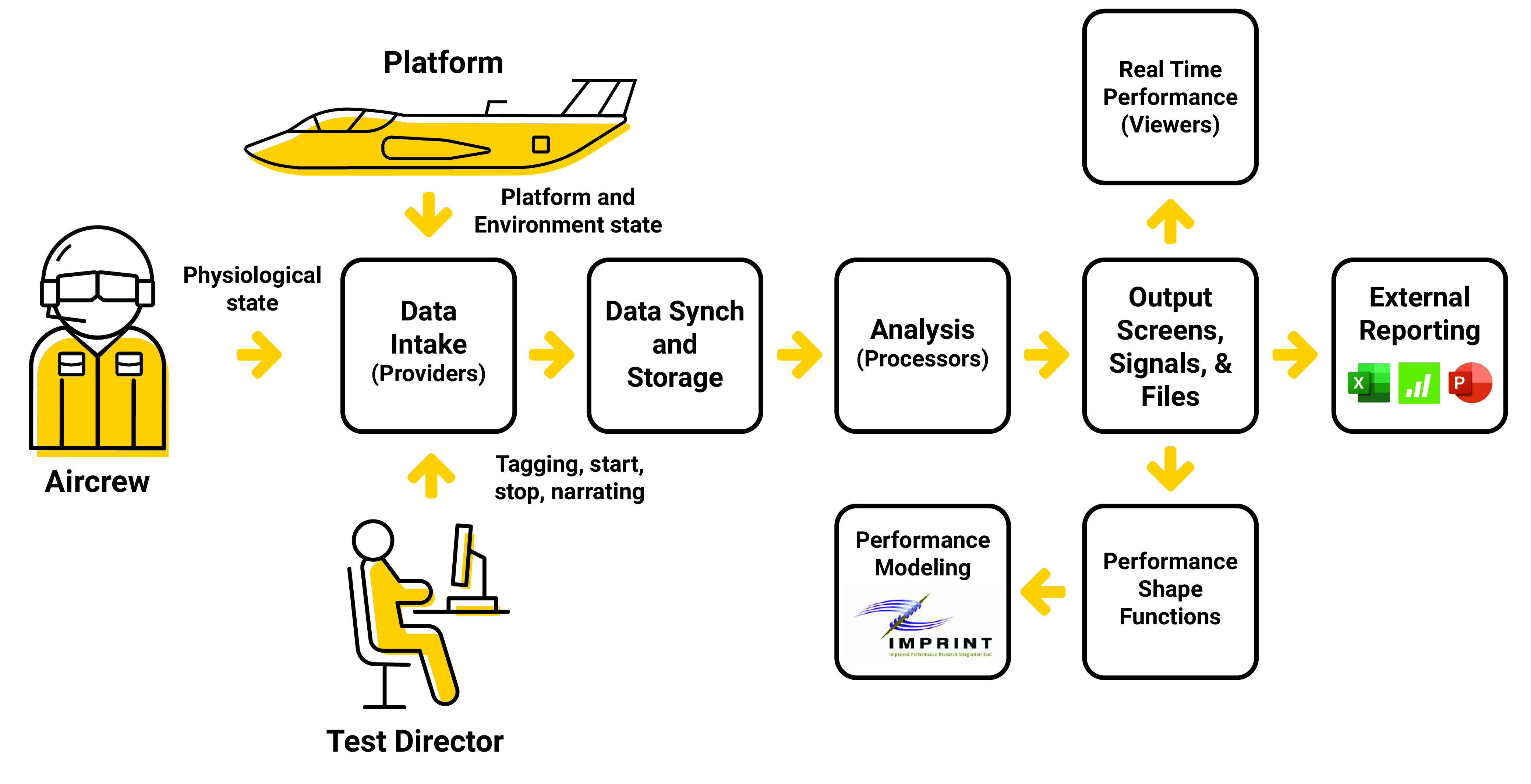 Early uses of CATS focused on flight crews to improve skills and guide training programs. Over time, CATS has grown to include operators of a variety of tasks, such as driving, battle management, and more.

CATS has the ability to provide the customer freedom in the choice of sensors, which can eliminate the cost for expensive, manufacturer-specific, data collection system licenses. This is because the CATS system is sensor agnostic. CATS providers translate sensor manufacturer proprietary protocols into the CATS provider protocol.

CATS integrates a highly sophisticated system of accessing, storing, and synchronizing data. Data can come through any data network from anywhere in the world, to be stored within CATS, which allows CATS to be integrated into complex systems, such as the Time-Space-Position-System, which comprises a Global Positioning System and an Inertial Navigation System, air data computers, Flight Management System, mission computers, etc. The CATS data management system synchronizes and sorts incoming data by time and stores it in a relational database with the time stamp as primary key.

Users can enter data queries to extract combinations of data from the storage system and view it on graphs in CATS or export that data as Tab Delimited Text File. Graphs in CATS can be directly copied and pasted into external applications such as PowerPoint or Word. The goal of CATS is to give the researcher a hand in organizing the mass quantities of data and provide an opportunity to focus on the scientific aspects of the data.